Find your next favorite piece in our WebApp! Login here
Music history Composers

Two of the most influential and celebrated pianists and composers of all time crossed paths in an event that is largely unknown to the public. Franz Liszt describes in detail his meeting with Ludwig Van Beethoven in 1823.

The following is an account of Liszt's reminiscences of his meeting with Beethoven, which he told his student, Ilka Horowitz-Barnay in 1875.

It was 10 o'clock in the morning, on April 13th of 1823 when Carl Czerny, the most famous piano student of Beethoven, finally arranged a meeting between his famous teacher and one of his most talented young students. Beethoven's aversion to child prodigies was well known and Czerny had been trying to arrange this meeting for quite some time. By this date, Beethoven was 52 years old, very famous and greatly respected as a composer. He also had become completely deaf and his temper, which had never been easy, had made him a very difficult person to deal with. Czerny was, however, very insistent and Beethoven finally agreed to meet his young student, Franz Liszt, shouting: "In God's name, then, bring me the little rascal!".

How great was the humiliation when one who stood beside me heard the distant sound of a shepherd's pipe, and I heard nothing; or heard the shepherd singing, and I heard nothing. Such experiences brought me to the verge of despair. But little more and I should have put an end to my life. Art, art alone deterred me.

Beethoven wrote to his brothers on October 6, 1802

Liszt was just eleven years old when his teacher, Czerny, brought him to meet Beethoven. By that time, the young prodigy was already giving concerts and becoming well-known (he had not yet started composing though, that begun the year after when he published his first piece "Variation on a Waltz by Diabelli" S. 147). Liszt describes the moment he entered Beethoven's house like this: "Beethoven was working at a long, narrow table by the window. He looked gloomily at us for a time, said a few brief words to Czerny and remained silent when my kind teacher beckoned me to the piano".

Below the building where the meeting took place. This was Beethoven last house and he died there on March 26, 1827. The room in which he died was behind the third or fourth window from the left on the third floor from ground level. 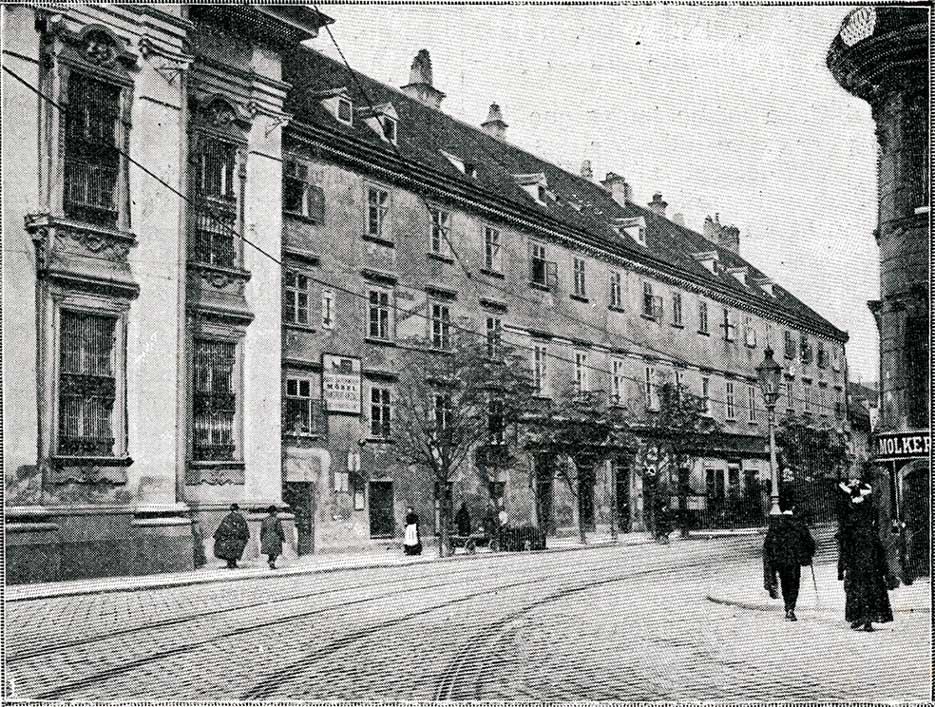 The first piece Liszt played (he did not specify which one) was by Ferdinand Ries, a student and close friend of Beethoven. After that, Beethoven asked Liszt to play a Bach's fugue and Liszt chose the one in C minor from the Well-Tempered Clavier (he also did not specify which book). After Liszt played the fugue, according to him, Beethoven said: "And could you also transpose the Fugue at once into another key?". To which Liszt noted: "Fortunately, I was able to do so". What follows is quite remarkable, as Beethoven stood up with a gentle smile, walked close to Liszt, put his hand on the young pianist's head and said: "A devil of a fellow!". Liszt described feeling quite brave, and replies: "May I play something of yours now?". He then played the first movement of Beethoven's C major piano concerto. Here is what this piece sounds like, in case you are wondering:

At this point, Beethoven held List with both hands, kissed him on the forehead and said these, now famous, words: "Go! You are one of the fortunate ones! For you will give joy and happiness to many other people! There is nothing better or finer!".

This was, as we can imagine, a major event in Liszt's life since Beethoven was arguably the greatest musician alive at the time. He told this encounter "in a tone of deepest emotion, with tears in his eyes and a warm note of happiness", describes Ilka Horowitz-Barnay. Liszt was 64 years old when he shared this moment and ended up with this statement: "This event in my life has remained my greatest pride, the palladium of my whole career as an artist. I tell it but very seldom and only to good friends!".

How much money did Chopin make with his compositions?

Tchaikovsky vs Brahms: a story of music and rivalry